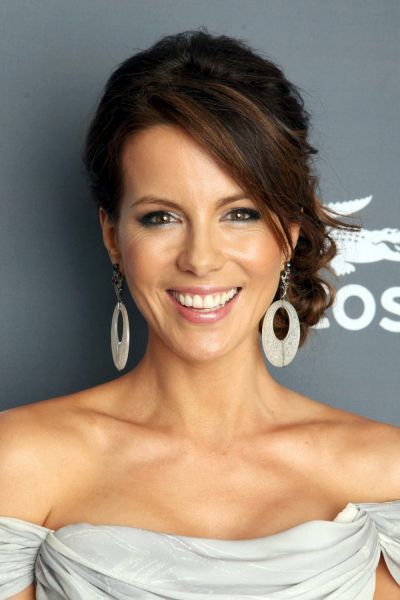 Kathryn Bailey "Kate" Beckinsale is an English actress. She first gained notice, while a student at Oxford University, for making her debut in the film adaptation of Shakespeare's Much Ado About Nothing. Throughout the 1990s, she worked on both film and television, most notably by portraying the title character in the 1996 BBC television series Emma. In 2001, Beckinsale garnered international recognition when she was cast as the romantic lead opposite Ben Affleck in her breakthrough film, Pearl Harbor (2001). Since then, she has portrayed a variety of characters in projects such as Underworld (2003), The Aviator (2004), and Van Helsing (2004). In 2008, she earned a Critic's Choice Award nomination for her performance in Nothing But the Truth.
Born in Finsbury Park, London, Beckinsale is the daughter of actor Richard Beckinsale, who died from a heart attack in 1979, and actress Judy Loe. She has a paternal half-sister, Samantha, who is also an actress. Her paternal grandfather was half Burmese, and she has said that she was "very oriental-looking" as a child.

During her first year at Oxford, Beckinsale was offered a part in Kenneth Branagh's big-screen film, Much Ado About Nothing, adapted from the Shakespeare play. She spent her last year of studies in Paris, after which she decided to leave the university and concentrate on her acting career. In 1994, Beckinsale had a supporting role in Prince of Jutland, working alongside Christian Bale, with whom she would later reunite in the 2002 drama Laurel Canyon. Kate starred in Haunted (1995) with Aidan Quinn and John Gielgud and in the 1996 TV film adaptation of Jane Austen's Emma. She subsequently appeared in a few low-profile films, including Shooting Fish and The Last Days of Disco, both in 1998. During this time, Beckinsale also appeared in television films Alice Through the Looking Glass (1998) and in stage roles, including the well-received Cold Comfort Farm, opposite British film and television notables Ian McKellen, Rufus Sewell, Eileen Atkins, Joanna Lumley and Stephen Fry.

Beckinsale's first major American film, Brokedown Palace (1999), was not a commercial success. Soon after, Beckinsale was cast in the 2001 film Pearl Harbor as the female lead opposite Ben Affleck and Josh Hartnett. The film was one of the highest-grossing films of its year. In the years following, she appeared in a series of American films that, while high-profile, were given mixed reviews, including Serendipity (2001), Underworld (2003) and Van Helsing (2004). In 2004, she portrayed Ava Gardner in Martin Scorsese's The Aviator, a role for which she gained 20 pounds.
In January 2006, Beckinsale reprised her role as a vampire in the movie Underworld: Evolution, a sequel to her 2003 film, Underworld, again directed by her husband, Len Wiseman. The film opened in the #1 spot at the box office, grossing over $26 million in its first weekend of release. Also in 2006, Beckinsale appeared in the comedy Click, starring Adam Sandler, which opened on 23 June. Next, Beckinsale replaced Sarah Jessica Parker in the film Vacancy, released in 2007. She also appeared in a diet coke advertisement in 2007. Her next role was in Snow Angels, which was released in 2008.

Beckinsale and her former partner Michael Sheen have a daughter, Lily Mo Sheen (born 31 January 1999). She has reported in interviews that the only time she stopped smoking was while she was pregnant with her daughter Lily. Her daughter has acted, portraying a young version of her mother in most roles, including Underworld: Evolution and Everybody's Fine. During the Underworld shoot, Beckinsale split from Sheen, who was also starring in the film. In January 2003, Beckinsale became involved with the director of the film, Len Wiseman. In June 2003, Beckinsale became engaged to Wiseman on 14 June 2003, and the two were married on 9 May 2004 in Bel-Air, California. 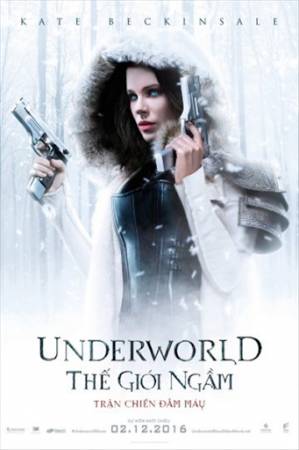